On the 14 September 2018 Dr. Steven Fawkes, Managing Partner of EnergyPro, onlyelevenpercent blogger and long-time expert on energy efficiency and energy efficiency financing presented to the Association of Environment Conscious Building (AECB) Convention, which took place in the UK, giving a keynote talk entitled, “Moving capital from energy supply to energy efficiency”. Having been interested in low-energy housing since as early as the 1980s, helping to build some low-energy, self-build housing and a house at Energy World in Milton Keynes, Fawkes was keen to talk and leave some grounds for optimism about shifting capital away from energy supply to energy efficiency, a topic he now spends much of his time working on

Using a picture of a £50 note and declaring, “there is big money in energy efficiency” Dr. Steven Fawkes set the scene of his keynote perfectly. The £50 note is significant because it’s the only bank note in the world to celebrate energy efficiency, many other countries have designs showing oil, gas or electricity. The one he presented, however, displayed a picture of Matthew Boulton and James Watt. Watt, of course, pioneered a much more efficient steam engine, while Boulton helped him turn this work into a successful business.

Boulton and Watt’s business offered shared savings energy contracts – taking a share of the savings in coal that the new engine produced when pumping water out of mines. “This,” pointed out Fawkes, “is another example of a UK innovation that has never been exploited properly. 250 years later and we still don’t really know how to exploit the massive potential for economic, cost-effective energy efficiency which is all around us.”

According to Fawkes, decades of studies across geographies and sectors have each revealed that the potential for exploitation is massive. One example of this he used in his address was that “in 2012 the IEA published its Efficient Worlds Scenario, which estimated the potential for energy efficiency as 40 per cent in buildings, 23 per cent in industry and 21 per cent in transport. Implementing this scenario would halve the rate of growth of energy demand and result in emissions peaking in 2020. Significantly, the economic impact would be $18 trillion, which is more than the combined GDP of the US, Canada, Mexico and Chile in 2011.”

Fawkes believes that in order to measure progress in the shift in investment from energy supply to energy efficiency, the starting point needs to be considered. “The IEA now measures the global investment into energy efficiency on an annual basis,” he says. “They estimate that total global investment into energy efficiency in 2016 was $231 billion, and this is increasing. However, there is bad news in that the IEA and IRENA estimate that to achieve their “66 per cent, 2°C” scenario it would need to ramp up to almost $3 trillion a year in the 2040s, more than a factor of 10 higher than the current level.”

To put this into context, he used the statistic that in 2017 the total investment into the energy system was estimated at $1.8 trillion, and provided a number of highlights:

Fawkes was keen to stress that there is no shortage of capital. “Though traditional energy efficiency people have tended to say ‘there is no money for our projects’, there is no shortage of capital,” he says. “Fitch Ratings reported that there is approximately $9 trillion of global government debt that trades at negative interest rates, i.e. investors are paying to hold that debt. There is a wall of capital looking for good investments and an increasing share of that capital wants to invest in green projects. Due to an over-supply of funds, the yield a project needs to generate to attract investment has come down.”

“There is an energy efficiency resource in almost every building, industrial plant and transport facility,” he continues. “But the resource is only there when you think about it. If you look at a building in a certain way you can see energy (and money) flying out of the roof, the walls, the doors and the windows.”

Studying the oil and gas industry, Fawkes made an analogy with the Petroleum Resources Management System (PRMS), a classification that has been standardised by the industry and which sets out the different types of oil and gas resources and reserves. “In fund raising, the PRMS means that if you have a potential resource, you can raise money on the back of it,” he explains. “It is still high-risk money because you have to drill testing holes and then work out a viable, financeable way of getting the oil out to market and efficiency needs to be thought of in these terms.

“A potential study is like a prospective resource,” he continues. “The output of an energy audit moves that resource into a contingent resource. Then some of the projects identified will be developed and ultimately move into production, that is production of savings of negawatt hours.

“But, for the market to become more efficient, just as an owner of a field in Pennsylvania or Texas may choose to lease their land to an oil and gas company, building owners need to open their minds to leasing their buildings to efficiency exploration and production companies in exactly the same way. There could also be the possibility to hold auctions based on selling the right to explore the building for efficiency resources.”

Fawkes, is however, very much aware of the many barriers that face energy efficiency with one in particular being vitally important – failure to recognise the many non-energy benefits including:

“We need to consider the impact of non-energy benefits and how people make decisions,” he says. “We need to make energy efficiency more strategic. Even in the corporate and investment world, where economics are critical, it has been found that profitability is not the main driver of investment decisions and that financial evaluation tools only play a secondary role in decision making. The strategic nature of a project or investment carries a heavier weight than just the economics. If an action is considered strategic there is much less consideration of the investment return.

“Non-energy benefits such as comfort, productivity, increased resilience etc. are the way to do this for energy efficiency as they are much more strategic and therefore much more interesting than simple energy cost savings. To those developing efficiency projects I suggest they work out what is strategic to the decision maker and stress those strategic benefits. Only as an additional point should you mention that it will save on energy costs.”

“There is an increasing amount of work going on around the world to value these non-energy benefits, including several projects funded by the European Commission. Some are difficult to value but many have real and measurable value. Studies by the World Green Building Council and Rocky Mountain Institute have shown the real value of benefits including; a reduction in sick days, higher asset values and reduced capex and build times.

Fawkes also makes it clear that it’s not just about capital investment in organisations. Individuals choosing houses exhibit some of the same characteristics. “Evidence shows that your average customers, not energy enthusiasts or specialists, are sold on passive houses because they increase the overall quality of life by providing a quieter environment, better air quality, greater comfort and longevity,” he says.

Returning to the theme of making efficiency more investable, Fawkes believes that energy efficiency is hard to invest in for lots of reasons:

“Several groups and analysts including the Energy Efficiency Financial Institutions Group have identified a lack of standardisation in the way that energy efficiency retrofit projects are developed and documented as a barrier to investment for several reasons. It:

An important response to the lack of standardisation is the Investor Confidence Project (ICP) which has a project certification system, Investor Ready Energy Efficiency™ (IREE™), which is based on best practice, is transparent and has independent certification by quality assurance professionals.

“ICP and IREE™ were introduced in Europe from the US a few years back with the assistance of the European Commission’s Horizon 2020 programme,” he says. “The system is now up and running across Europe for energy efficiency projects in buildings, industry, street lighting and district energy. Its impact has been confirmed by Munich Re HSB who offer energy efficiency performance insurance. An IREE™ certified project will offer a lower insurance premium and not require an independent engineering analysis (which the customer pays for), thus proving the thesis that IREE™ reduces risk and transaction costs.”

Of course banks and investors also have a huge role to play as Fawkes points out: “There are  four reasons why financial institutions should consider deploying capital into energy efficiency:

“The impact of risk reduction and the banking regulations will become more significant. As banks begin to measure and declare their climate-related risks it will drive banking behaviour. Having a mortgage portfolio dominated by high energy-consuming houses will be higher risk than having a portfolio dominated by low-energy houses and that could affect regulatory capital and stress testing.

“Banks and investors are really starting to pay attention to this,” he continues. “The International Investors Group on Climate Change, which represents investors with more than €21 trillion of assets under management, supports energy efficiency. In Europe, as well as the work of the Energy Efficiency Financial Institutions Group there are a number of financial institutions that are leading the way. ING Real Estate, which has c.€50 billion lending to commercial real estate, has developed an app to help its borrowers assess the potential for improvement and offers higher Loan to Values for high-efficiency portfolios as well as cheaper money for efficiency improvements. They see this as a) good business and b) reducing the risk of stranded assets as the Minimum Energy Efficiency Standards in the Netherlands progressively tighten.

“Another important European initiative is the European Energy Efficient Mortgages Plan which is backed by the European Mortgage Federation, the European Covered Bonds Council and Horizon 2020. It is developing a standard energy efficiency mortgage for Europe. Though this is a challenge, it will enable scaling which will ultimately allow refinancing through the issuing of green bonds, an asset class that is much in demand by institutional investors.” 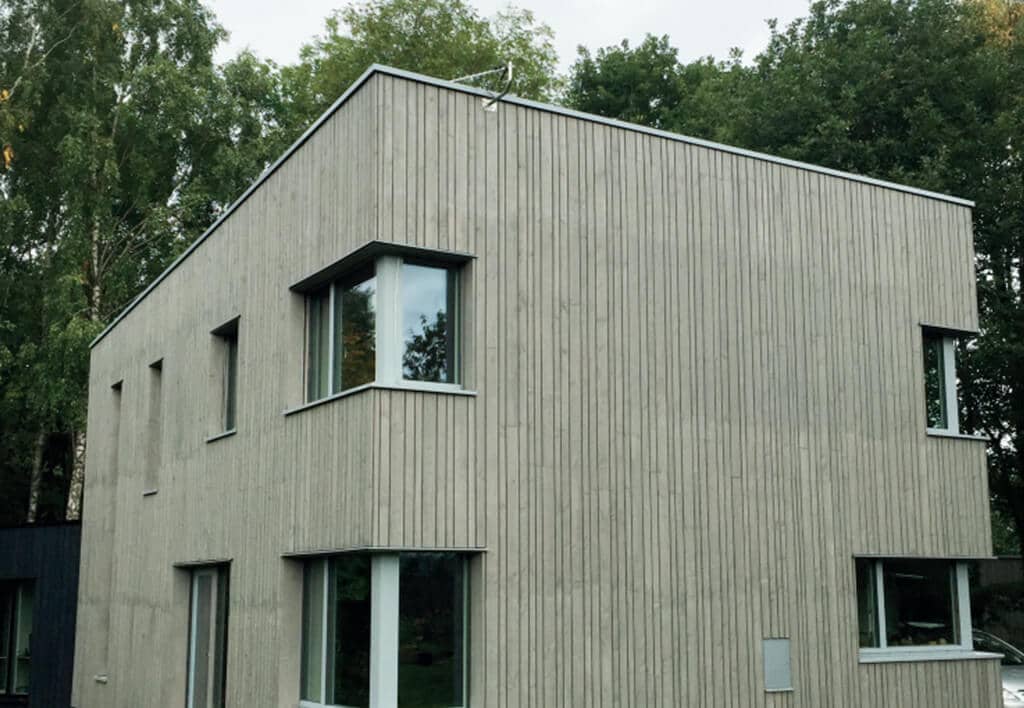 “The increasing and fast development of smart meters, cloud computing and big data means that we are seeing the emergence of tools and regulatory systems that can create a real market for energy efficiency. In California now, and increasingly in other states, utility regulators are introducing metered efficiency and ‘pay for performance’ models where payments are based on actual metered results and not just on the basis of installing a piece of kit.

“At EnergyPro we are working with OpenEE, the pioneer of this approach, to bring it to the UK and Europe with the belief that it has the potential to transform the energy efficiency world by making efficiency a reliable, distributed energy resource which can be included in binding contract agreements and that utilities can rely upon and easily invest in.”

Looking to the future Fawkes concludes that we are moving:

Dr. Steven Fawkes founded EnergyPro in 2012. The company specialises in energy efficiency, energy management and the financing of energy efficiency and clean technology. Among other job accolades and expertise, Dr. Fawkes is an experienced public speaker, author, worldwide government advisor and blogger, running his own blog, Only Eleven Percent.

Only Eleven Percent is a repository of all Fawkes’ knowledge, experience, proficiency and complete involvement with energy efficiency and energy efficiency financing. From regular detailed blog posts and opinion pieces on matters of energy transition to smart cities, to a plethora of interesting and some startling energy facts, and a detailed jargon buster, Fawkes’ blog aims to make it easier to understand the developing world of energy efficiency.