Balancing the needs of the consumer with a low-carbon future

Tim Rotheray is the Director of the Association for Decentralised Energy (ADE), a leading trade association that works with industry, the government and energy providers towards a local, efficient, low-carbon energy system that not only helps tackle climate change but enables energy users to make the choices that work for them, too. Here he answers questions about ADE, demand response, the balancing the market and the future of energy in the UK and Europe

Projects Magazine: Can you explain the aims and objectives of the Association of Decentralised Energy?

Tim Rotheray: Our aim is twofold. Firstly, it is to work with the government to help them implement their ambitious plans to tackle climate change. The government needs organisations like us to tell them what the opportunities and possibilities are and how to make them happen.

Secondly, we want to transform our system so that it works for the energy customer. Our overarching ambition is to make it work for the customer to allow them to benefit and participate in the system. Industry can do amazing things in decentralised energy, but it’s important that the association helps drive industry to do things better and for less.

PM: Demand response will play an increasingly important role in the energy market if the energy industry is going to be able to deliver on the government’s policy agenda. Can you provide some context for demand response and explain why this need is increasing?

TR: Ultimately, dealing with climate change and moving away from fossil fuels is a storage problem. Fossil fuels are easily stored and can be consumed as and when we need to use them. Moving to a low-carbon system means that we are taking a lot of that storage capacity out of the system. In terms of renewable energy sources such as solar and wind, power is only available when the sun is shining or the wind is blowing.

The electricity grid is a fickle friend. It provides you with something extremely valuable but has very exacting requirements: it has to be in perfect balance of demand and supply at all times. So, as the flexibility in supply provided by easily-stored fossil fuels disappears, we need to look at flexibility in demand to balance the grid. It is possible to do this through a combination of onsite storage and consumers reducing or increasing their demand so that it better matches supply. That, in effect, is demand response.

Flexibility can work on a large scale by aggregating lots of relatively smaller actions to bring them together to create one significant response in terms of what the grid needs. It can also be provided by very large centres of demand, of which there are some, particularly on an industrial scale.

Flexibility isn’t a new concept; it used to be provided by special power plants, which would be paid for by the national grid. What we are doing with demand response is taking that money that was paid to power plants and offering it to customers. So rather than the cost of managing the system being part of their bill, it can become part of their income, so it can help cut their bills.

PM: How do we get more people involved in demand response?

TR:  There are two answers to that. One is by raising awareness and the other is through policy and regulation. In terms of how raising awareness can work, renewable energy is a good example. We have gradually seen an increasing number of businesses adopting tougher standards in terms of the carbon content or the renewable percentage of the electricity that they are using. As more people become aware of this, more people are adopting it and people also setting more and more ambitious targets.

PM: Would you be able to summarise the role of aggregators in this sector?

TR: The best way to describe the role of the aggregator is as the facilitator of choice. Take a supermarket as an example. Its focus is on selling groceries to customers. It needs power to do that, but does not want to dedicate a lot of its resources to dealing with its energy system.

The aggregator is able to provide to the customer access to the energy balancing market without having to directly deal with it, which helps improve its profit margins because it can reduce the cost of its energy. The aggregator takes care of the energy system and simplifies the participation for the customer, while also allowing the customer choice on how it participates.

How this works in practice is different for each customer. A supermarket might offer 20 megawatts of refrigeration to an aggregator, to turn off and on when needed, as long as the food stays cold. But if the supermarket cannot turn off its refrigeration, for instance on a particularly hot day, if that supermarket was contracted individually to the grid for its response and it can’t provide it, it would get penalised. If, however, it is working through an aggregator, the aggregator has built-in resilience by having multiple customers. So when there is a problem at the supermarket and it cannot respond, it is fine because the aggregator has other customers which can offer the needed responses at that time.

PM: The emergence of electric vehicles offers a huge opportunity for people to be able to participate in demand response. How will that work?

TR: Western Power Distribution in the UK has done some interesting research on this. Someone might plug their car in at 7p, at peak demand,  demand, and then set the time for when the car is needed and should be fully charged – say 8am. So instead of the car charging at 7pm during peak demand, it starts charging at 2am in the morning when the wind is blowing and demand is slow. From the customer’s perspective, the car is charged when it is needed, and it is also greener and cheaper.

Electric vehicles can also help by putting power back into the grid. Imagine if a driver plugs a car in and it still has some power remaining in its battery. Again, the car is plugged in at 7pm during peak demand. At this stage, the car can become a mini-power station and actually release power back into the grid, fully knowing that the forecast for wind later on means that it can be charged when everyone has gone to bed and all the lights have gone off and the heating has been turned down.

PM: Can you give us an idea of how the energy market will evolve over the next 10 to 20 years?

TR:  I think the big thing that we are going to see over the next 10 to 20 years is the provision of energy as a service. Energy companies currently sell energy to customers by the kilowatt hour, and it is this that has to come to an end. Selling units of energy will stop. Companies are going to be selling comfort. So, rather than paying a gas bill for kilowatt hours of gas consumed, the customer will simply say: “When I come home, I want my living room to be this temperature. I don’t care how you do it, just make sure that it is warm and that I can control it”.

It may be that it is done through insulation of the home, changing the boiler or putting in improved system controls such as a thermostat. But the end result will be that the customer is paying to be warm rather than paying for units. This then switches the burden of use to the energy provider. It is in the interests of the company providing that service to cut customer demand to an absolute minimum and manage that demand cleverly.

There is an important conversation about privacy and data to be had as this system emerges. We are used to sharing data when the sharing of that data makes life easier. We share our location with Google in return for getting directions on a map. It is important that data exchange about energy is considered in the same way, and we don’t end up in a situation where people are being abused or their privacy is being invaded.

PM: Are you optimistic that our energy systems will become more efficient over the next 20 years?

TR: It is a little-known fact, but UK power demand has been falling for quite a while. We think that energy demand is ever increasing but it’s not. UK energy demand is falling, demand for gas is falling and demand for power is falling. And that’s because were getting more efficient, we’re getting smarter. This needs to continue and I am optimistic that it can and will.

One note of caution I have, however, is about the scale of ambition that we need to see from government. There is a growing understanding among businesses and householders about climate change and responding to climate change, becoming more resilient and cutting our carbon emissions.

The government has set out in its clean growth strategy showing real ambition in terms of what it wants to deliver. However, I don’t think that there is the sense of urgency that is needed to continue to drive the transformation that we need. Some great strides have been made but we have got quite a long way to go yet. H 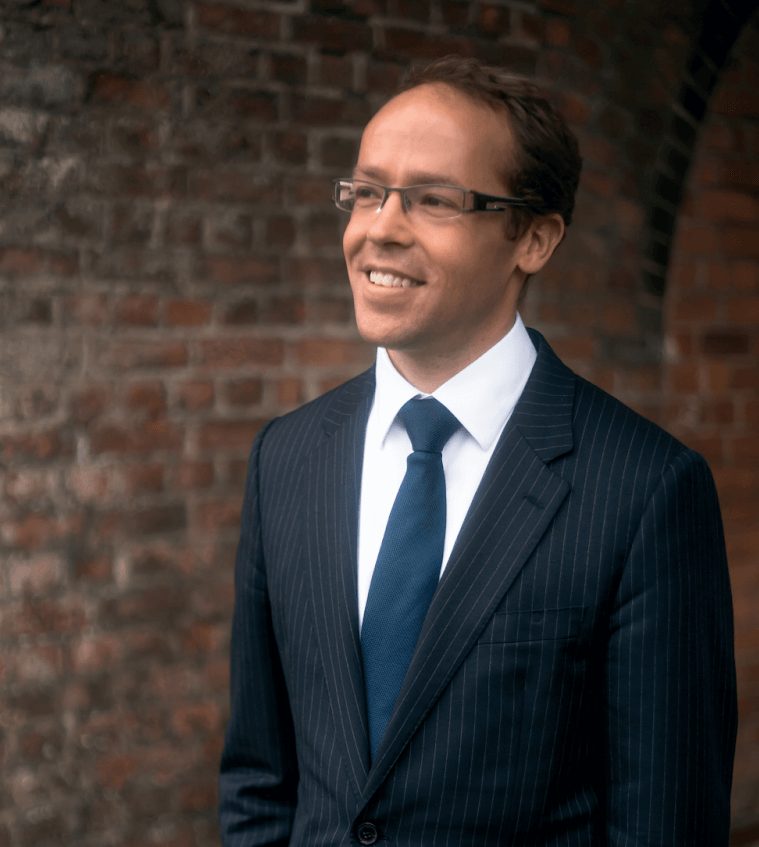 For more information about the Association for Decentralised Energy and to find out about the work it does,  visit www.theade.co.uk