The journey to a brighter future for Europe’s energy

Miroslav Poche, MEP and appointed parliamentary committee rapporteur, outlines some of the challenges and positives in the transition towards a united European energy market

What is the role you play in helping to shape Europe’s energy future?

Miroslav Poche. As a member of the European Parliament’s Committee on Industry, Research and Energy (ITRE), the shadow rapporteur for the recasting of the Agency for the Cooperation of Energy Regulators (ACER) and the rapporteur on the recasting of the Energy Efficiency Directive (EED), I share the responsibility along with other colleagues to ensure that the ‘Clean Energy for All’ package delivers in terms of ambition and effectiveness.

With the EED my role is to deliver the best possible deal as energy efficiency is key to achieving the ambitious carbon reduction goals that have been set out in the Paris Agreement.

My role at the ACER is to ensure that the agency adapts to today’s energy market and energy system needs, and also addresses the need for enhanced regional cooperation. One of my priorities in this role is to allow the agency to charge for specific services so that it is provided with sufficient financial and human resources in order to carry out its current and future tasks. 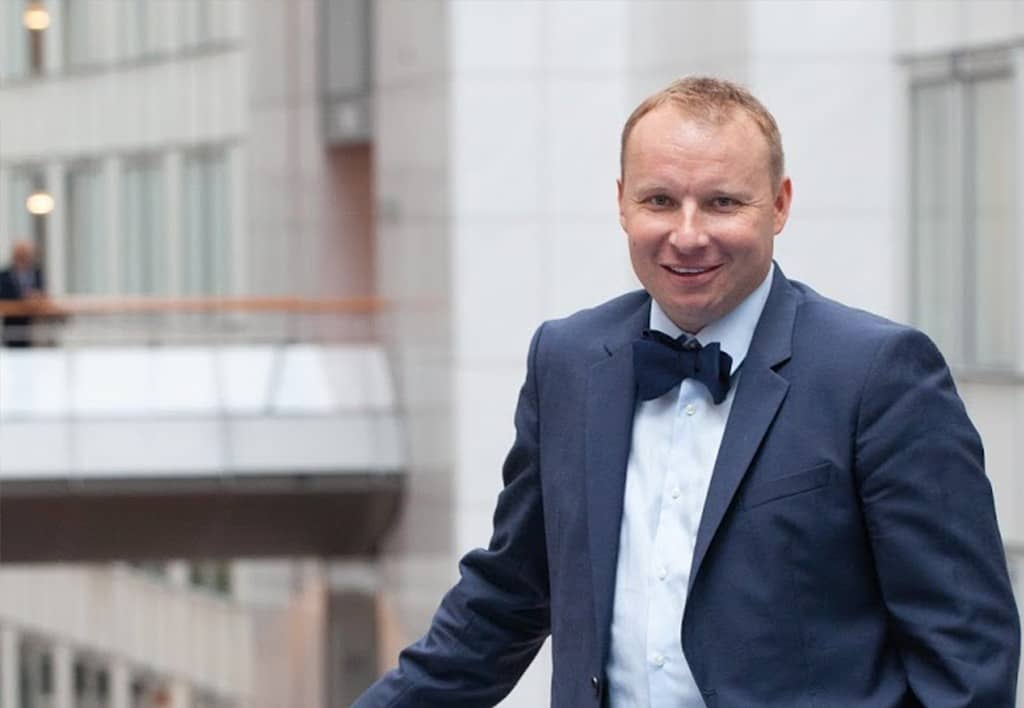 Can you explain the journey the EED has been on and what you see now as its main objectives?

MP: When I was appointed rapporteur for the last phase of the EED negotiations I always knew it was going to be a hard task to reach an acceptable compromise, and I proved myself right.

I initially supported a binding 40 per cent energy efficiency target due to the clear positive impacts it would mean for our environment, the economic growth, employment, and on the competitiveness and security of supply. And I believe that the EU has the capacity to reach this ambitious target.

However, as expected, talks between Parliament and the Council were not easy. While Parliament fought for the higher binding target of 35 per cent for energy efficiency by 2030, the Council proposed a target of only 30 per cent and with weaker energy savings obligations (Article 7). In the end, both the Commission and the Council showed a great willingness to compromise and everyone acknowledged the fact that energy efficiency is key to achieving the ambitious carbon reduction goals set out in the Paris Agreement.

The next crucial objective will be to make sure that the Directive will be implemented and enforced correctly. For example, back in 2015 the European Commission referred Hungary to the Court for failing to transpose the 2012 EED, whilst the other 26 Member States, except Malta, were hit by infringement procedures because they missed the June 2014 deadline in which to tell the Commission how they were transposing the Directive. Legislation is only as good as its implementation and enforcement.

How have some failures in implementing early targets come about? What do you see as the main stumbling blocks and what possible solutions are there?

MP: I believe that the reason there are failures in implementing early targets is quite simple – there is no legislation. Legislation would ensure that the EU’s previous energy and climate targets are achieved. This is why the Governance regulation is a cornerstone of the Clean Energy Package, which defines how Member States will collaborate both with each other and the Commission in order to reach the EU’s ambitious clean energy goals. This includes the renewable energy targets, energy efficiency targets and the EU’s long-term greenhouse gas emission goals.

One of the biggest challenges facing the Directive will be its implementation, I believe. The correct implementation of the EED and simultaneous fulfilment of the Paris Agreement, will only be achieved if there is understanding, cooperation and action at all levels.

Are we any closer now to effectively tackling energy poverty?

MP: We are certainly closer to effectively tackling energy poverty, than ever before. For the first time there is a mandatory requirement for Member States to use a share of their energy efficiency measures to help their most vulnerable customers, which includes those affected by energy poverty.

There are a number of things Member States can and should be doing to reduce energy poverty. Firstly, they should be assessing the number of households facing energy poverty in each EU country, as well as including in its plan a national indicative objective to reduce energy poverty. They can also include policies and measures that address these issues, including social policy measures and similar relevant national programmes. What is more, once the Energy Union is completed, we should start to see a considerable reduction in energy bills.

How realistic is the “5th freedom” – Europe’s 28 (soon to be 27) sharing a single energy market? How will the UK fit into this plan?

MP: The “5th freedom” is slowly becoming reality, though the free movement of energy in Europe has not yet been fully established since there are certain limitations, such as the fact that less than 50 per cent of the interconnector capacity in the EU is currently made available to the market. Though this is one reason why the energy market is still fragmented in the EU, the Clean Energy for All Europeans package sets the legal framework which will allow for better cooperation in the energy sector and help to avoid fragmentation of the market, contributing to building a common energy market.

With regards to the UK, this is obviously a very complicated topic since the EU is a key energy trading partner for the UK, supplying approximately 12 per cent of the UK’s gas and five per cent of electricity (2016). In terms of energy, leaving the EU could make the UK more vulnerable.

However, what happens depends heavily on the final outcome of the Brexit deal and it’s not for me to speculate on what sort of Brexit we will have. If the UK opts for a hard Brexit, the UK will be leaving the EU’s internal energy market, but the UK will still need to continue trading energy with the EU in order to meet the demand. If a trade energy with the EU takes place outside the internal energy market, it is likely to be less efficient, potentially raising costs for consumers. The UK will have to invest more in new electricity generating capacity, pay higher prices and enjoy less security of supply.

Regardless of the final Brexit deal, continued participation in the internal energy market following Brexit would require establishing appropriate trading arrangements with the EU and this would very likely involve the UK adopting and complying with the relevant European legislation.

Saying this, I am still hoping and optimistic that the UK will decide to remain in the EU which would mean continued integration in the energy field, resulting in benefits from competition, less need for new generating capacity, lower prices and guaranteed energy security.

Are you optimistic about Europe’s energy future?

MP: Absolutely. The outcome of the political negotiations on the Clean Energy for All Europeans package is a major step towards completing the Energy Union and combatting climate change. This is clearly a signal that we are serious about delivering the clean energy transition. To make the energy transition a success story, this requires everyone to be involved from individual customers to global corporations, and from local authorities to national governments. If we all work together, we can make this happen. H